The  Agile Manifesto was first created in 2001 as a way of providing an alternative to the often document heavy process of developing software.  The point was to create a framework for entire teams to work together to produce high quality working software in a rapid fashion by delivering small chunks of quality code in a rapid release manner.

Since then, it’s probably been one of the most misunderstood and abused systems out there.  Just because there is less of a documentation requirement does not mean that there is no documentation.  And at the end of the cycle, we find that the entire process, while delivering high quality products, often will take longer than if the work had been performed with a waterfall approach.  This is because our journey can often lead us in different directions and there may be roads that we follow that in the end need to be abandoned in favor of a new approach.  This should not be considered a bad thing though, because often during the course of the product development technology changes, and we need to be agile in order to take advantage of those newer technologies in order to produce a better product than could ever possibly be imagined at the beginning of the journey.

Prediction is very difficult, especially if it is about the future

One of the most important documents of Agile is the road map.  If you don’t know where you are going, any road will take you there.  And while the Agile Manifesto places great value on the concept of “Responding to change over following a plan” the key here is that you actually have to have a plan to begin with.  This is where the road map becomes one of the most important documents available to the team. 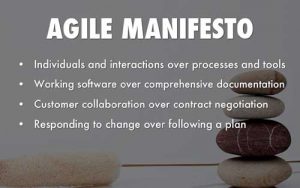 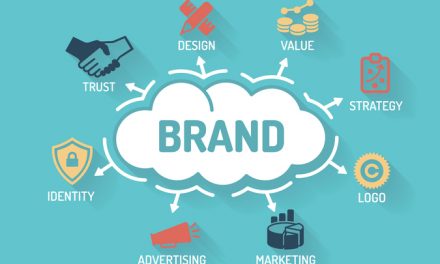