Now that we have a newborn on the way, we’ve started to break out all the old gear that we packed away last year.  Included in the various onesies and sleepers is a big stack of cloth diapers.

When my wife and I first decided we would use cloth diapers, we got a lot of funny looks.  People wanted to know what  diaper service we were going to use.  We didn’t actually use a diaper service.  With a few simple tips, I think you’ll find cloth diapers are both more economical and more ecologically friendly than disposables.  I thought I’d share a few of those tips and resources here about what worked for us and see if anybody has some good advice to add.

Some people have said that they thought that cloth was so much more expensive than disposables.  And in the beginning it is.  Cloth is something you have to stick with for several months before you reach a break even point.

The folks over at www.diaperpin.com have a great calculator for figuring out what your break even point will be, as well as how much you will save in a year and a half of using cloth.  Since my daughter was potty trained closer to 2 and a half, we saved more than what the calculator can currently show.  The “common” wisdom out there that I’ve read says you’ll save about $1000 per child using cloth instead of disposable.

2. Don’t be afraid to use disposables

For the most part, my wife and I used cloth whenever possible.  But when going over to a friend’s house to watch Monday night football or out to a restaurant for dinner, I would slip a disposable on my daughter and carry a few extras in the bag.  For me it was a bit easier to slip off the disposable, toss in the garbage, and tape the next one on.  Plus, I didn’t really like the idea of carrying around a zip-lock bag full of soiled cloth diapers.  We probably went through about 3 disposables a week, so not a big impact on the environment and well worth the extra bit of sanity it afforded.  One thing I noticed was that some restaurants don’t have changing tables in the men’s restroom, so the quicker I could get in and out the better.

3. Use the high quality cloth diapers with plastic snaps.

I don’t even know if they still sell the square folded diapers that you have to use safety pins on.  I thought the form fitting cloth with plastic snaps was the greatest invention ever.  They are just as convenient as the disposable and they only take a few seconds extra to put on.

We bought two basic styles, the all-in-one “pocket diapers” like they have at Fuzzi Buns (you put the inserts into the cover) and the two piece kinds that are fitted cloth diapers with a separate plastic cover.

4. Look for used on eBay and other online deals

We bought almost all of our cloth diapers on eBay (even more cost savings!).  As such, there is some mix and match.  Again, I have friends who were skeptical and there were a few negative reactions.  “Ewww, you’re buying someone else’s used diapers?”  But let’s face it, once it goes through the washing machine, it’s about as clean and sanitary as ones you’ve just bought at the store.  In preparation for the cloth diapers, we actually bought a front loading washing machine with a “sanitize” setting.  Both because we wanted those extra features and our current washing machine was on it’s last legs; it kept getting “stuck” in mid-cycle.

5. How many diapers do I need to buy?

A good rule of thumb is about 12 diapers per day, or roughly one every 2 hours for newborns as this is about how often they soil them, just like disposables.  Multiply that by how often you do the wash and you’ll have a pretty good idea of how many you’ll need to stock up on.  I’m a bit lazy when I do the wash, and I try to time it to either the weekends, or when I have a couple of hours to spend in front of the TV watching a sports game.  I would recommend you have 5-7 days worth of diapers on hand, so about 60-84 of these little gems.  I’ve seen other sites out there that recommend 36-48 diapers for newborns, and only 20-30 for toddlers.

However many you decide to have on hand, remember to get a diaper pail with a lid and keep a big shaker of baking powder next to it.  Change the diaper, drop it in the pail, shake some baking powder on it and close the lid.  Hardly any smell.

6. How do I wash cloth diapers?

Our washing machine has a sanitize setting, so we generally use that with a cold rinse setting.  I’ve also seen articles out there that recommend rinsing the cloth diapers with Tea Tree oil and vinegar at least once a month.  BUT, whatever you do, don’t use fabric softener on your diapers!  Why you ask?  The key to laundering diapers is getting them clean without leaving ANY TRACE of detergents or their residues.  Fabric softeners work by coating individual fibers with a waxy substance. This repels water, and keeps the fibers from absorbing wetness (which is the exact opposite of what we want them to do).

There is a great article on choosing a detergent at www.sunshinediapers.com that I recommend to everyone who is using cloth diapers.

I’d love to hear from other dads who are using cloth diapers and any tips or tricks they recommend!  Thanks for reading. 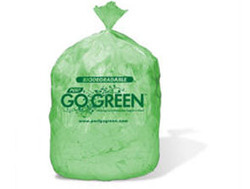 FDA steps up testing for fungicide in orange juice 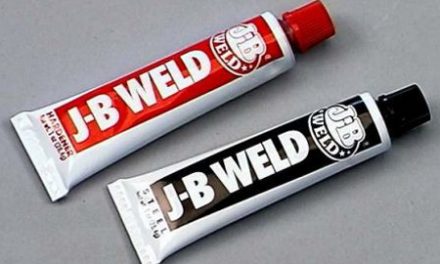 Many Uses of J-B Weld, But is DevCon is better?