Are We Overmedicating our Children?

I’m not a big fan of medications, at least those that treat symptoms rather than the cause.  I can understand taking medications for things like high blood pressure, cholesterol, heart conditions, etc. that you use to get things under control, but when you cover up a symptom, you’re usually not treating the root cause.

For instance, get on cholesterol reducing medication if you need it, but be sure you also watch what you eat.  Take blood pressure lowing medication, but also go out and exercise.  I’m always troubled by the mentality that just by popping a pill things are all better.

In America, I think we live in a highly medicated society.  Growing up I was told I had ADD/HD and I had to take Ritalin.  I still think I was just bored in school.  Feeding a kid a form of speed in order to make things seem more interesting isn’t my idea of treating the root cause, maybe there problem is that school really is boring?

There is an interesting post on a blog over at Vox, it rambles a bit, but definitely gets the point across that we do live is a society that overmedicates.

So it wasn’t really a surprise when I saw an article from the Washington Post,because most people seem to be under the impression if a little medication is good, then a lot of medication must be better.  Some of the text of the article is as follows:

In a statement, J&J’s McNeil-PPC unit cited “rare instances of misuse”, which could lead to overdoses “particularly in infants under two years of age.”

The products being recalled include:

And when I think about it, when I was sick with a cold or a cough, I usually got tea with a bit of honey to soothe the throat.  But here’s the thing to remember – If you or your child is sick, your body will react in the way it best knows how to fight off the sickness.  Most medications will not “cure” sickness, but just mask them.  Sometimes it’s best to let nature run its course.

Granted, there is a time a place for medications.  But when we’ve gotten to the point where we have “anti-bacterial” everything (including counter-tops, soap, and athletic socks) and we’re at a point where the wonder drugs like penicillin are becoming ineffective against bacterial infections today, I just have to wonder if we’re heading to disaster in the form of a super-bug that’s developed resistance to all of our medical arsenal.

Why I Buy Sunspire Chocolate 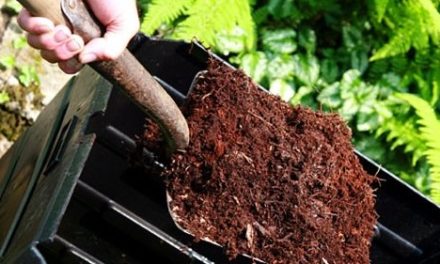 Composting and Other Ways to Reducing Food Waste

Household Chemicals: What’s In My House?