Microsoft recently unveiled their 2013 preview, and has made some significant strides in adding social to its collaboration platform, specifically in the user profile department.  User profiles are now more social than ever, with the ability to post descriptions and add links to discussions and documents shared by the user.  You can also follow any object on SharePoint including lists, documents, libraries and even sites.

What is also interesting is that Microsoft has changed terminology for permissions.  It is now called “Sharing”, very similar to Google’s docs.

Speaking of taking the best of some third parties, Facebook and Twitter get a nod with the Community Site and Community Portal templates, with things like mentions (@) and hash tags (#) added to discussions.  This makes it easy to not only follow people but see what they are following and collaborate on a whole new level.

Introduced in this version of SharePoint are Apps.  The new App store will be home to what Microsoft may be planning as the rival to iTunes and Google Play. What will probably give corporate Information Security nightmares will allow the user to be able to try an app and have it installed for that user (or companies can buy apps to be made available to all corporate users).  In many ways the apps replace the concept of features, and out of the box I noticed that what used to be called document libraries and other specialized lists are now called “apps”.

Whether running on-premise or in the cloud, there seems to be very little difference to the look and feel, another nod to Microsoft’s big push to move solutions towards the cloud in a big way.  I am reminded of Bill Gates’ speech from way back in 2008 at Stanford University:

Today, we’re still very device-centric, and we rely on the user to move information between their phones, and their phones and their PCs, and their PCs and their PCs. Well, as we get this sort of unlimited power in the cloud, both in terms of computation and storage, the ability to move that data automatically so that if you buy a new phone your information just shows up, if you borrow a PC your data is there but only available to you, that will become commonplace.

It’s all about data.  I believe that very slowly we’ll see an erosion of the personal computer and in many ways we’re moving back towards the paradigm of the mainframe.  Everything sits out in the cloud and is accessed through dumb-terminals and other devices.

Steve Ballmer said it best during his speech at University of Washington on March 4th, 2010:

"This is the bet for the company, for the cloud, we’re all in."

And I believe with this next version of SharePoint they’re quickly moving in that direction.  PC’s don’t look like they used to 10 years ago, neither do phones.  It’s no longer about they user experience siting at a desk running an application, but about using a device and accessing your data. 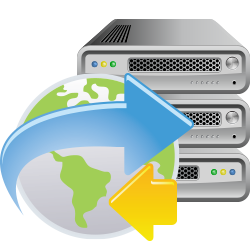