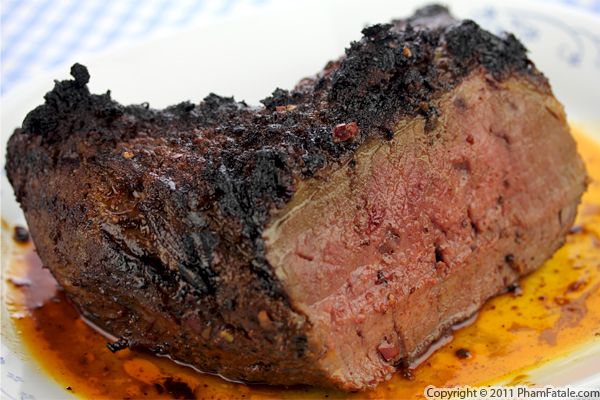 So I occasionally read articles in the Wall Street Journal.  One that caught my eye was their recent “New Steak on the Block” article for several reasons.  The first was that they quoted Gordon Ramsay, and watching Hell’s Kitchen is a guilty pleasure of mine.  And the second is that they announced the “tri-tip” cut was being rolled out to the mid-west, and called it one of the new cuts of beef.

Now, I happen to love Tri-tip, this is still one of my favorite recipes: Barbeque: Santa Maria Smoked Tri-Tip, so it’s nice to see the rest of the country getting introduced to this great cut.  The other great thing about this article is that it also shows that more restaurants are getting into the idea of sustainable living and getting the most out of every animal butchered.

Very high-end restaurants like Gramercy Tavern in New York are embracing “nose to tail” cooking, in which almost every part of an animal is eaten. These chefs like to order whole animals to control the quality and ethics of their purchase.

Each week 900 pounds, about half a cow, is delivered to Gramercy Tavern. Its challenge is making traditionally plebeian parts of the animal acceptable to dinners accustomed to ordering filet mignon, says executive chef and partner Michael Anthony.

I love the term “nose to tail” cooking.  You reduce waste, and it makes great financial sense.  And for the record, according to R.H. Tesene’s definitive book titled Santa Maria Style Barbecue, “In the 1950s, a local butcher named Bob Schutz perfected the tri-tip, which is a two to three pound triangular shaped cut off the top sirloin.”

No Impact Man and Self Promotion