There are many ways of dealing effectively with garden pest snail and slug problems.

Natural predators of snails and slugs are rats, frogs, birds, lizards (especially blue tongue lizards) and, perhaps most importantly – centipedes. Centipedes and Leopard Slugs (those enormous spotty ones) are the most important slug predators so don’t kill them!

Encourage them to stay in your garden by providing suitable habitat, such as rock lined ponds, prickly shrubs, logs, and nesting boxes.

Ducks, notably the Khaki Campbell, can clear a badly infested garden in a few months. However, they should be kept away from young plants that could be trampled by their webbed feet.

As a garden pest, snails are easier to capture than slugs. But timing is crucial. Snails are prolific breeders. So for best success you’ve got to nip snails in the bud before their breeding season gains too much momentum as the weather progresses from dry to moist.

One way is to get the jump on them by sussing out where they are likely to be spending the dry season (e.g. leafy, cool, shaded areas with lots of hiding places such as creeper covered walls and brick stacks) and giving it a massive soaking in late summer – enough to break dormancy by dissolving the seal snail’s form over their shell opening. Then mount an active trapping campaign.

Any garden pest snail or slug (except for the big spotted Leopard Slugs which actually hunt down other slugs!) that I come across is marked for destruction. However, my favorite time for hunting is on wet dewy mornings.

As an early riser, I have noticed that snails come out in droves after a heavy downpour of rain. They are sitting ducks (it’s not hard to be faster than a snail!) and you can literally collect hundreds each time you do it. My chooks got thoroughly sick of them.

Anyone have any good recipes for escargot? This French delicacy is, after all, based on the common garden snail! I believe the snails need to be purged first by feeding on bran for a short time. Any ideas?

After rain, when conditions are snail friendly, place small mounds of fresh bran sweetened with a little castor sugar around the garden. Venture out a few hours after dark with a flashlight and harvest up the snails. Continue every night for a fortnight.

You could also put a little pile of this lure beside your new seedlings – with a bit of luck the snails will prefer it and leave your poor babies alone!

The little black slugs that are hard to catch by other methods, will find hollowed out grapefruit shells an irresistible lure. You could also give cabbage leaves and carrot skins a go to lure out both slugs and snails.

Sprinkle a band of fresh ash around your plot of young plants… Though you can’t keep snails and slugs away with these barriers, you can at least slow them down!

A mulch of oak leaves is also reported to be a good deterrent.

If the situation is desperate (and you have an acid soil anyway), you could also try fresh slaked lime. It is caustic and keeps them at bay for several days.

In some areas garden pest snail attacks are so bad that it’s hard to get young fruit trees established. In these cases placing a tire that has been painted inside with a strong copper sulfate solution around the tree is a long lasting deterrent.

You can also protect vulnerable plants by covering them with clear plastic bottle halves.

There are a variety of clever strategies you can use to trap pesky snails and slugs:

Snails like small hollows in cool places to hide in when the sun comes out. You can make habitats that attract snails, making it easier to hunt them down. For a short-lasting but irresistible snail palace, I have found a handful of cardboard toilet roll cylinders tied together with a rubber band effective. Put it in a shady, moist, cool place that’s easy to reach. You might also like to try a few bricks placed side by side 3 cm apart under an upturned cardboard box, or short lengths of PVC pipe off-cuts.

Isn’t it annoying when you find a half finished stubby of beer that has long gone flat? Never fear! You can now put it to great use as slugs and snails love beer and they don’t care if it’s flat either. Just sink a wide jam jar into the ground so its rim is level with the soil surface, and fill it up with stale beer. Adding a little sugar (2 tablespoons to a liter of beer) makes the trap even more effective.

To stop it overflowing with water from rain or the sprinkler make a canopy out of the bottom of a plastic bottle (make sure you cut out some doors for the critters to get in). Garden pest snail and slug hordes will dive in and drown – what a way to go! You can use the trap over and over – just scoop out the dead and top it up now and then.garden pest snail

A microscopic nematode worm that preys on slugs is available commercially as sachets from organic gardening suppliers. They are simply watered into the soil and are effective for 6 weeks. garden 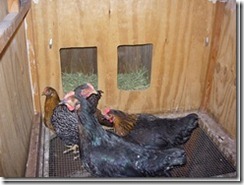